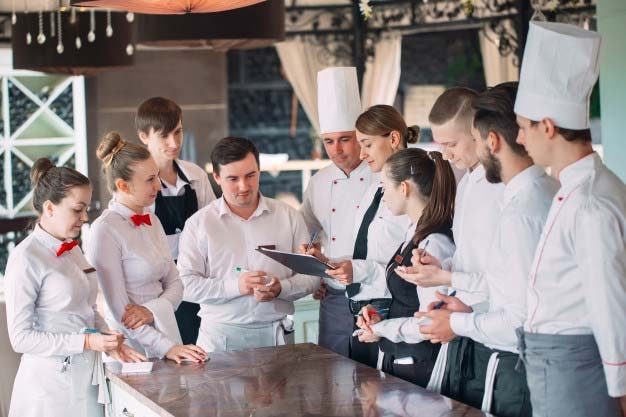 The general consensus is that cruising will look quite different this year compared to the throngs of passengers, the parties and excursions, and vibrant buffet dinners that we were used to pre-COVID. But the outlook isn’t that bad. Several cruise ship companies are looking at relaunching, and a few have even begun the process of rehiring. So what will it look like for cruise ship staff?

Apart from the usual, governments around the world are adding new protocols for cruising to reduce risk and contain any chance of an epidemic. Singapore, for example, requires pre-departure health screenings, universal testing, reduced capacity, etc. So while this means fewer guests to look after, it also means that crew will have to ensure they comply with the new rules for health screenings and tests at least twice during the sailing – before boarding and after disembarking. There may also be local guidelines at ports that will need to be followed. Ships may also require to have a trained physician on board and an upgraded medical centre equipped to handle an outbreak.

Hand sanitiser and face coverings will be the norm for the foreseeable future – for staff and guests. There are also expected to be enhanced cleaning practices with public areas needing sanitising more frequently than before. Many ships are also installing air filtration systems – Norwegian and Royal Caribbean have already announced the addition of air purification systems. MSC has launched Safe Air, a UV-C technology that purifies air.

DINING WITH A DIFFERENCE

Social distancing will be important at restaurants. Cruise ship chefs and staff will need to be especially careful as guests return to the dining room. Buffets are certainly not on the way out but will have glass shields and crew members serving guests. There will be staggered meal timings and tables placed further apart at restaurants, which may also require reservations. Grab and go items are expected to be quite popular – sandwiches, beverages, ice creams and pastries, pizza, wraps, and the like.

Too much interaction with guests might be discouraged with safety in mind. Check-ins, check outs, table reservations, even menu cards are all expected to be moved completely online. Some countries may require passengers and staff to download an app that helps with contact tracing. Tritan Software, which works with a majority of the world’s cruise companies, has launched its telehealth solution SeaConsult through which guests or crew can connect with the onboard medical centre without having to leave their rooms. It also processes lab results, COVID-19 symptoms, contact tracing and follow-ups, and can be used to monitor temperature checks for passengers and crew.

Pre-COVID, many cruise ship crew would take the chance to explore the ports they stopped in during their time off. While this is still possible, it will certainly be more restrictive. Crew and passengers may only be allowed ashore as part of organised excursions. Crew will also be expected to quarantine for two weeks before boarding, after which they will not be allowed ashore, except as part of a tour group sanctioned by the company. Additionally, for the first few months after cruising starts up again, most trips are expected to be short – a week to 10 days tops. This means turnarounds come faster than usual and cruise ship staff will be on their toes getting everything ship-shape before the next embarkation.

What Cruise Ship Staff Can Expect At Work In 2021
26 Mar, 2021
Externships: Why Businesses Should Partner With Culinary Schools
22 Mar, 2021
View All

All Rights Reserved by © Kamaxi.com. Designed by Team Inertia Technologies

Lets Chat Now
1
Chat with us to become a Rock star!
We're looking to create the next gen of Culinary Rock Stars! Chat with us today to learn more about our courses