LAB MEAT: IS IT THE FUTURE? 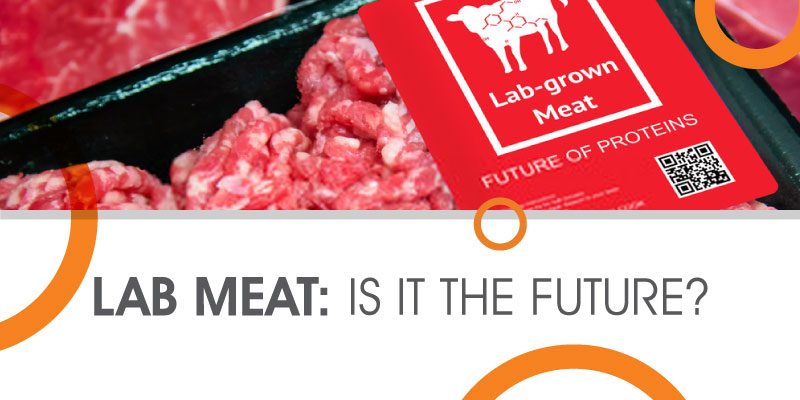 Ethics, sustainability and climate change are the main points of contention in the global meat and livestock industry. The concept of ‘growing meat’ has been around since the early 2000s, and on the face of it appears to solve these contentious issues by removing the need for large scale slaughter, factory farming and animal agriculture.

In December last year, the Singapore Food Agency approved ‘chicken bites’ – cultured meat produced in a bioreactor – by US company Eat Just. Customers at private members’ club 1880 are able to buy a two-dish combo for S$23 (approx INR 1270), significantly less than the US$50 (approx INR 3600) it cost to produce just one chicken nugget previously.

So what exactly is lab-grown food, and should culinary entrepreneurs and chefs expect to see more of it? There are two kinds of lab-grown food – meat and dairy. The first comes from cells taken from an animal and grown in a medium to produce muscle tissue which is fed, multiplied, shaped and structured in a bioreactor. The other uses bioengineered microflora which ferments plant sugar to produce milk proteins that are found naturally in dairy.

Lab-grown food can also be 3D printed – cells are inserted into a magnetic printer and replicated to produce muscle tissue.

The meat and dairy industry produces 60 percentper cent of the emissions in agriculture and uses 83 percentper cent of farmland worldwide. It also uses vast amounts of water and threatens the delicate balance of climate and biodiversity with clearing of land – even rainforests – and pollution. This could be greatly reduced with lab-grown food which can also potentially eliminate greenhouse gas emissions by running the industry on clean energy.

A number of companies have already dipped their hands into the lab-grown food sector. Israel’s Aleph Farms hopes to officially launch high-end steak in restaurants and supermarkets by 2023. Shiok Meats from Singapore is aiming to produce frozen cell-based shrimp meat soon. In the US, Memphis Meats made the world’s first cell-based meatballs and is looking at launching plants for cultured beef, chicken and duck around the world. Mission Barns is creating animal fat to add flavour to its duck sausages, while BlueNalu is engaged in cellular aquaculture.

Given that one of the factors against the popularity of lab-grown meat is its cost, Future Meat Technologies has patented a method that reduces manufacturing to two weeks and allows for local processing, which it hopes will reduce prices to US$10 (approx INR 730) per pound by next year, US$4 (approx INR 300) if it is combined with plant-based substitutes.

Independent studies do not have enough data to confirm whether lab-grown meat is nutritionally similar to traditional meat, even while Eat Just claimed cultured chicken is nutritionally the same as the conventional thing. Taste trials have also been limited and usually funded by lab meat companies, which claim their taste is ‘indistinguishable’.

This technology, however, does not come without its limitations. Processing facilities are expensive to come by, and a mainstream takeover will see millions lose their livelihoods (from farm owners to farm hands). Lab-grown meat is still technically not vegan since it does require cells to be taken from an animal, even if they are not slaughtered for it. Earlier technology that required blood from a calf fetus is being replaced in favour of a plant-based one by a few companies. Religious authorities are also still debating whether cultured meat is acceptable.

So, is lab-grown meat the future? The answer lies with the consumer. So far, companies are attempting to change negative perceptions of cultured meat being ‘fake’ or ‘in vitro’ to more positive outlooks – ‘clean meat’ and ‘artificial meat’. A case could be made for the increasing popularity of meat substitutes. It could be said that lab-grown meat will certainly find its space on the table, but how large a portion it can claim will all rest on the consumer.

Culinary Trends For 2021 That Cruise Ship Chefs Should Know