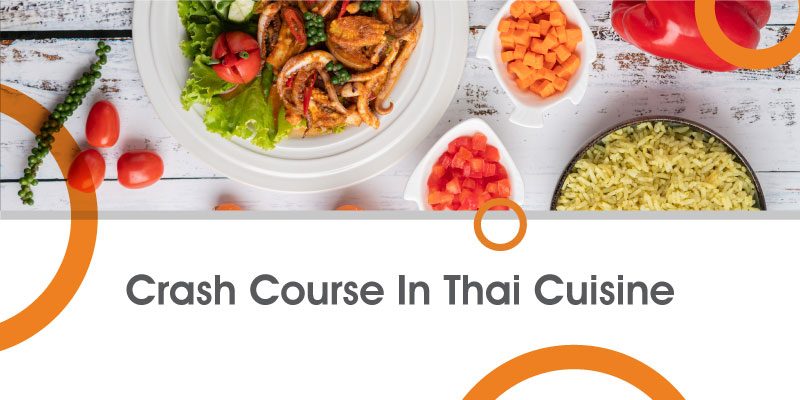 A recent Rough Guides poll named Thailand the second most popular cuisine in the world. It’s also one of the most well-loved foods in urban India. The truth is that Thai cuisine is so much more than red and green curry, pad thai and tom yum goong.

Like India, Thailand was introduced to chillis by the Portuguese in the 1600s. Before that, it was a heady mix of fresh local herbs. It is also similar to India in the way that the food changes across its 513,000 square kilometre land mass.

Northeastern Thailand relies on freshwater fish and paddy crabs for flavour and brightly coloured salads. In the north, pork and offal combine with dried spices, wild greens and mushrooms for a distinctive flavour profile. Coconut and palm sugar feature liberally in central Thai food, included in stir-fries and noodles. Southern food is the most popular across the world with spicy flavours and rich seafood. The unifying factor is rice, varying in the manner it is consumed.

In the north and north-eastern regions, rice is usually the sticky kind and food showcases influences of Burmese, Laotian and Chinese cultures. In the central region, residents prefer fragrant rice such as jasmine rice with coconut milk featured in many dishes. In the south, more species are used with influences from Malaysia. Thai also use rice flour to make noodles, vermicelli and as thickening agents.

Thai curries usually take slightly less time to make than Indian curries, and often have a soupier consistency. Most restaurants stock up on staple ingredients such as fish sauce, shrimp paste and chilli pastes that are essential to various dishes but take time to make from scratch.

Shrimp paste, for example, is fermented over several weeks and is an important ingredient in Thai curries. Nam pu – used in salads, curries and pastes in northern Thailand – is a thick paste made by boiling mashed rice paddy crabs for hours.

Despite arriving in Thailand only in the 1600s, chillies easily incorporated themselves into what is now considered authentic Thai food. There are dozens of varieties, but bird’s eye chillies are most popular and are now sold in supermarkets around the world.

Dried, fermented and preserved, sauces and pastes are an integral part of most Thai dishes. Nam pla or fish sauce exists in every kitchen as does dried shrimp or shrimp paste. The more adventurous chef can include pla ra, a funky paste achieved after fermenting fish with salt and rice bran for two years.

Palm sugar is used liberally across south east Asia. It is also widely available in India, and adds a caramel-like flavour to salads, curries and desserts. Coconut cream and milk are other essentials in Thai cuisine, offering a beautiful, distinct flavour to food. Tamarind and other aromatics such as garlic, shallots, galangal, lemongrass and kaffir lime are also important ingredients in this cuisine style. Thai basil and coriander are used too, along with a variety of dried spices that are easily available in India.

Round off the pantry with a few varieties of soy sauces – light, dark sweet and dark – as well as sauces such as sriracha, sweet chilli sauce and oyster sauce.

A brief insight into the duties of a hospitality manager

How To Finance Your Culinary Venture